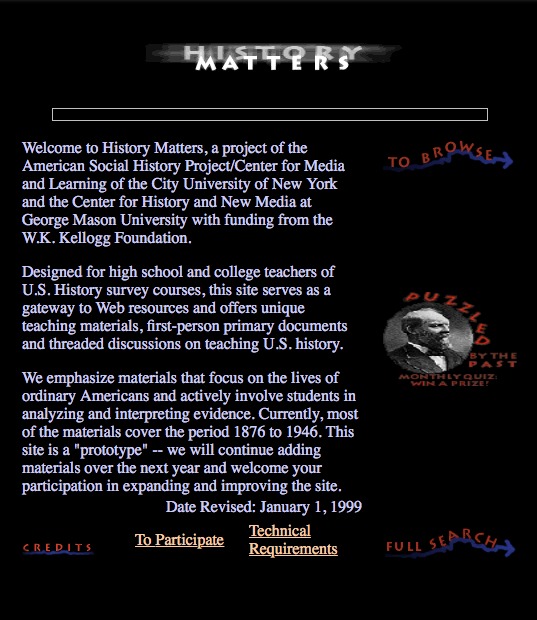 Did a lot of things that the CD-Rom did.  They focused on the lives of ordinary people. Multi-media worked to develop a critical eye toward source materials.  However, with an eye on providing a large archive of documents some of the interpretive qualities were gone.  Who Built America was originally a textbook and History Matters was less of a text than a new experiment.

Visual documents were a very important contributions in a web that had been mostly text. As the primary sources were made public though, more interest in audience was needed an a coherent vision for teaching teachers to embrace a critical gaze toward the documents by themselves and for students became a central goal. The interactivity of new media provided interesting possibilities in this regard. 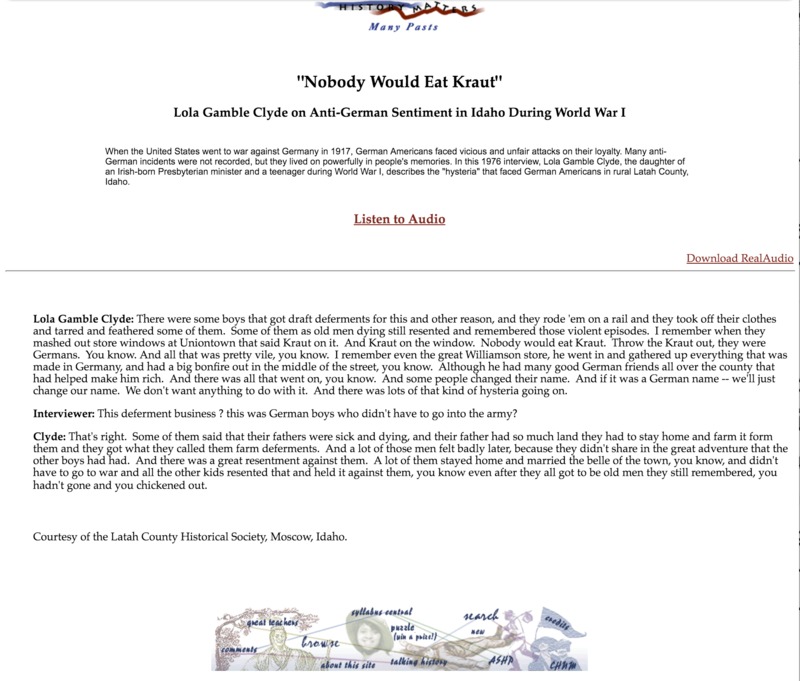 Oral histories were an important part of the new site, but as much as the ASHP, with their background in documentary would have liked video was not really a possiblity at the time.  Multi-media was a very specific small bandwidth enterprise ca. 2000 and the rich interactivity of the CD-Rom was probably more visually impressive.  Primary sources, the social history bent were apparent.  Sources could stand on their own but issues with authority in how to use them persisted. (?) Scholar participation made History Matters the premier site for U.S. History on the interwebs.  Also, it built a platform for engaging the community in a way that of course a CD-Rom couldn't