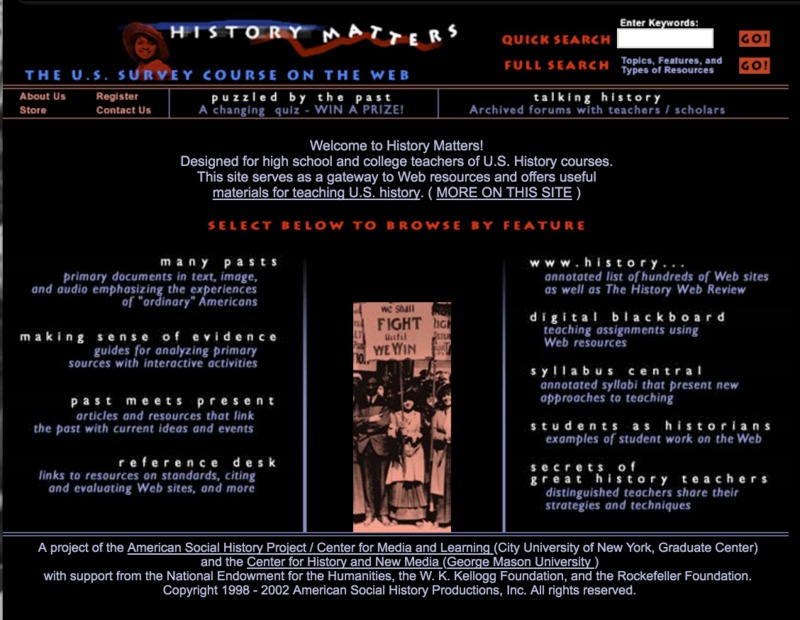 Authority was not just limited to the content on History Matters own site, they helped teachers to find topics for their courses by contributed web reviews and analysis.  (This was a very labor consuming practice in contrast to primary source materials.)

The web allowed the base materials form Who Built America?to build out geographically and chronologically. The CD-Rom was a closed system but the web was always expanding.  Earlier colonial and revolutionary era documents were included. Post 45 documents, many under copyright were quite a challenge for the project, but they creatively used public testimony and other documents that might have fell through the cracks.

To engage and hook the readers, History Matters included monthly quizess designed to provoke users to be more critical of visual and other evidence and its contexts.  But as more and more users were drawn to the site and its abundance of documents and reviews, it became more important to integrate the teacher development sfocus from that other NEH grant.  Lesson plans were provided, but more importantly - insights into the ways that historians looked at and understood these documents, particuarly in less familar territory.