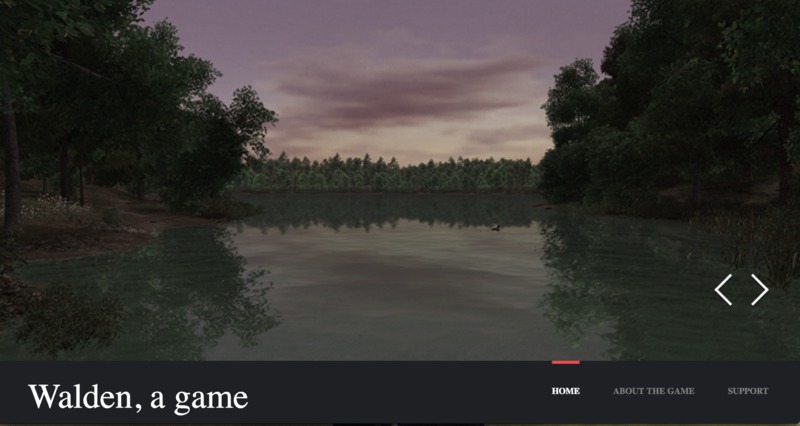 A screenshot of the NEH-funded project Walden, A Game that immerses users in the world of Henry David Thoreau. Although game development benefits from better graphic capabilities today, the idea of immersive environments are still at the root of this medium. 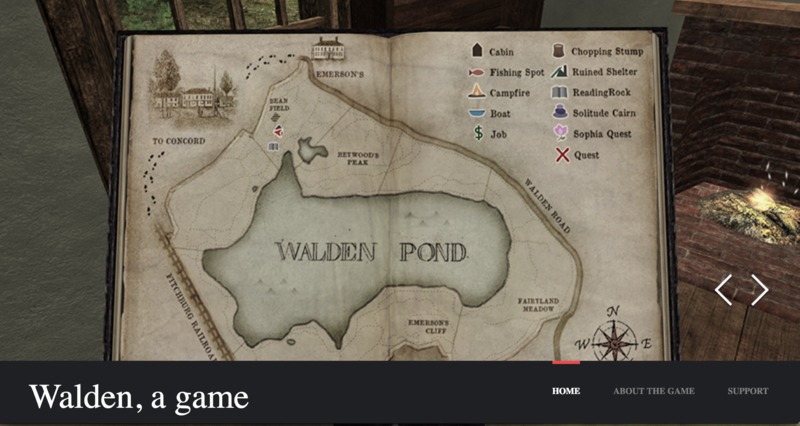 A second screenshot of a map from Walden, A Game suggests a puzzle game similar to that of The Lost Museum or Myst.

Since The Lost Museum project, the CHNM has gone in a different direction, focusing primarly on tool and database-driven projects. As the story of funding The Lost Museum illustrates, there has been a reluctance, even in the early days of digital humanities, to fund gaming or narrative-based projects. These projects are often seen as risks that are like to take more time and manpower than expected, and, as The Lost Museum reveals, requires a level of flexibility throughout the process. Add to this the rise of templated content management systems, including the CHNM’s own Omeka, and deliverables for database-driven projects seem even more likely to keep to the proposed timeline. Although these funding trends have led to many useful digital humanities projects, it also shifted the focus away from more experimental projects. Therefore, the potentials of historical gaming that seemed so promising during the era of The Lost Museum have not been fully realized. Josh Brown echoes this idea, noting that in order to explore alternate ways of presenting historical narratives, not only in games but in graphic novels as well, “we need to be able to fund failure.” 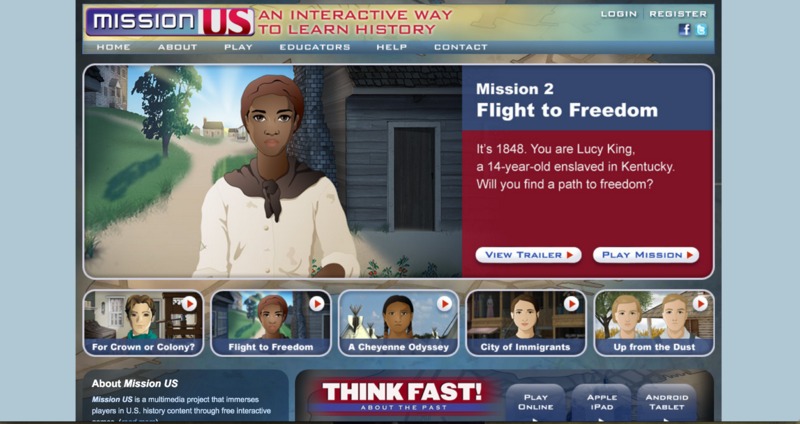 Mission US, also funded by the NEH, allows players to "become" various characters throughout American History in order to better understand the contingency of various historical moments. 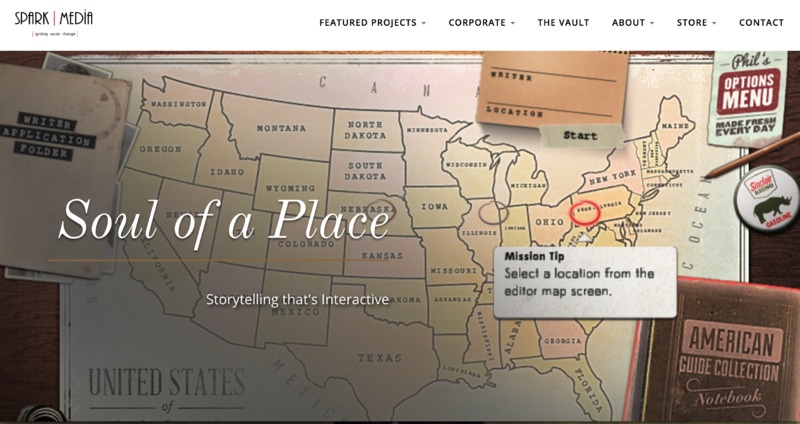 The American Guide Game continues the connection between game development and documentary filmmaking as a supplement to the film Soul of Place: Writing America's Story. The game allows players to explore the 1930s Federal Writers Project and then create their own documentation of 21st century life through gaming and social media.

It seems as if the NEH is beginning to realize the benefits of “funding failure,” or at least funding projects that are not as straight-forward as databases or digital tools. Since 2010, the Endowment has started to pay more attention to the interest and merits of historical, or “serious,” gaming. As NEH Chairman William D. Adams notes: “With more than half of American adults and four-in-five young adults now estimated to play digital games on a regular basis, NEH’s funding of games is increasingly important to our goal of providing strong humanities programming to a wide American public.” The NEH has acted on this commitment by funding several new historical games since 2010, many of which are still in production. Although the elements of multimedia storytelling are ubiquitous on the internet today, experimenting with immersive and nonlinear ways of presenting the past to the public still has a long way to go. However, with NEH’s recent nod towards these kinds of projects, the DH landscape might be a little more playful by the end of the decade.