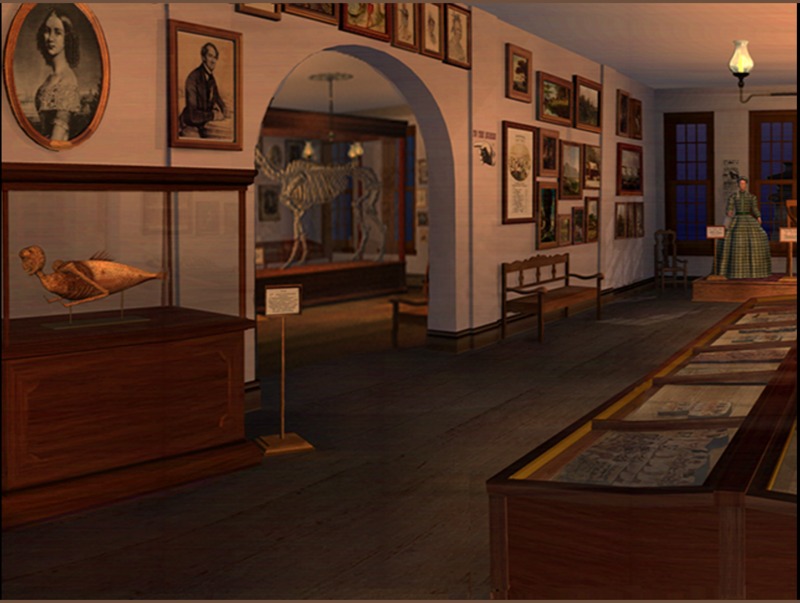 The Picture Gallery, the first room developed in The Lost Museum, draws from the popularity of immersive puzzle games in the late 1990s and early 2000s. Players can move around the room and interact with many of the objects inside.

The Lost Museum came out of a collaboration between the American Social History Project/Center for Media and Learning (ASHP/CML) at City University of New York (CUNY) and the fledgling Center for History and New Media (CHNM) at George Mason University (GMU). Collaboration between Roy Rosenzweig, Josh Brown, and Andrea Ades Vásquez, the executive producers of The Lost Museum, began in "pre-digital" days, particularly in documentary filmmaking. The organization of project roles for The Lost Museum (Executive Producers, Producers, Art Directors), as well as designated pre- and post-production periods in early proposals for the project reflect the team’s earlier roots in film. These filmmaking roots also enhanced the immersive environment of The Lost Museum through a series of visual and auditory cues, including a series of short Flash movies that propel the user through gameplay. 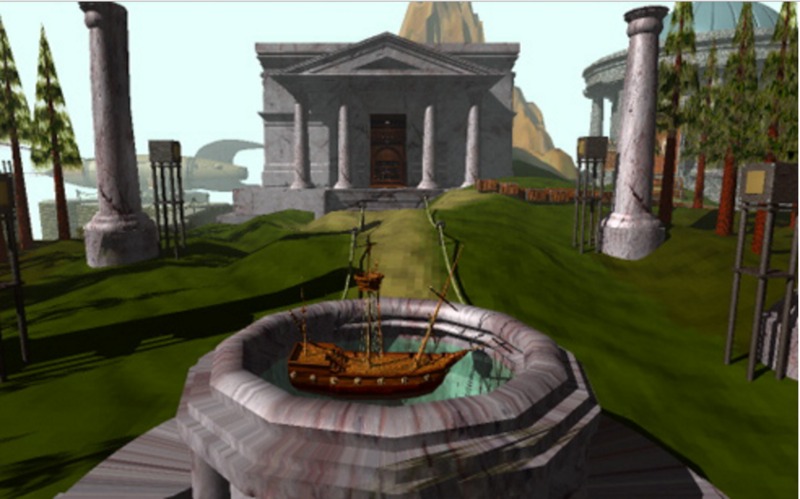 A screenshot from the original version of Myst, the game that provided significant inspiration for the development of The Lost Museum.

The team also had previous experience building educational CD-ROMs through the successful Who Built America? project, but The Lost Museum explored deeper narrative potentials. The Lost Museum, developed throughout the late 1990s and early 2000s, represents a moment when the emergence of new media technologies provided the platform for nonlinear historical storytelling. Drawing from the popularity of CD-ROM gaming, particularly that of the adventure puzzle game Myst, The Lost Museum was designed as an immersive environment that allowed users to travel through time and space, but also provided historical substance. As an early grant proposal notes, The Lost Museum is meant to "simulate the complexities and ambiguities of reconstructing the past, thus involving users in an active process of historical interpretation" (23). Not only did the destruction of Barnum’s museum provide a built-in mystery to guide gameplay, but the contents and context of the museum served as entry-points for players to explore various aspects of American antebellum culture. The philosophy at the root of The Lost Museum, even in its earliest incarnation as a four-part series, signaled an attempt in the digital humanities field to harness “this burgeoning medium as a vehicle for presenting serious scholarship to the general project” (7).