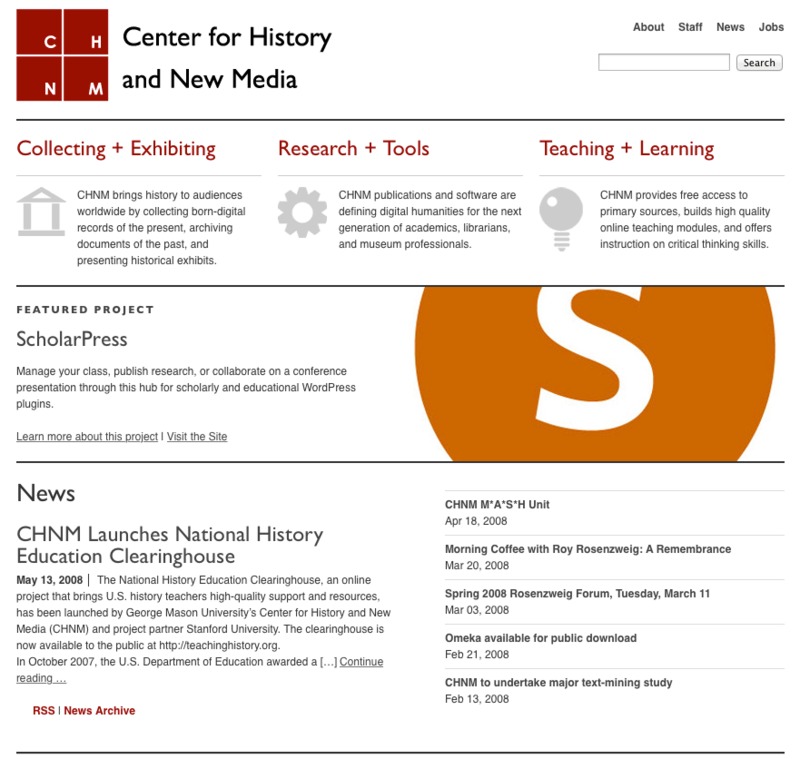 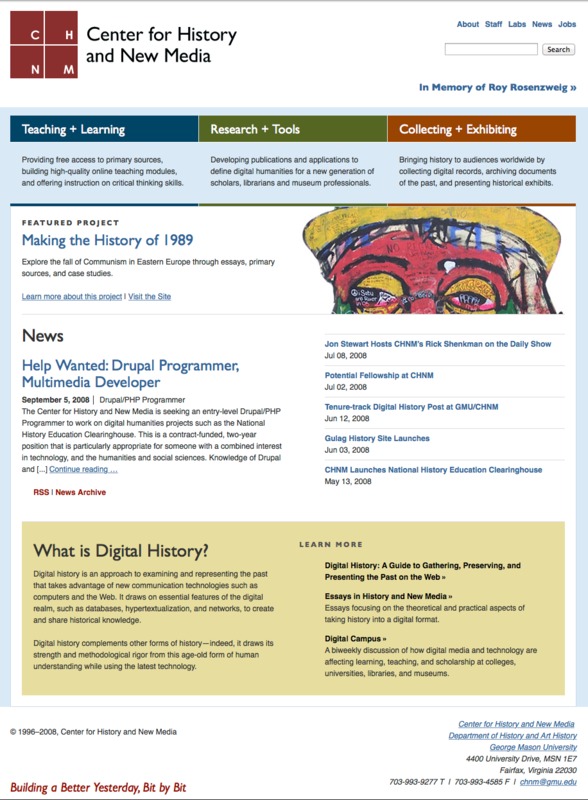 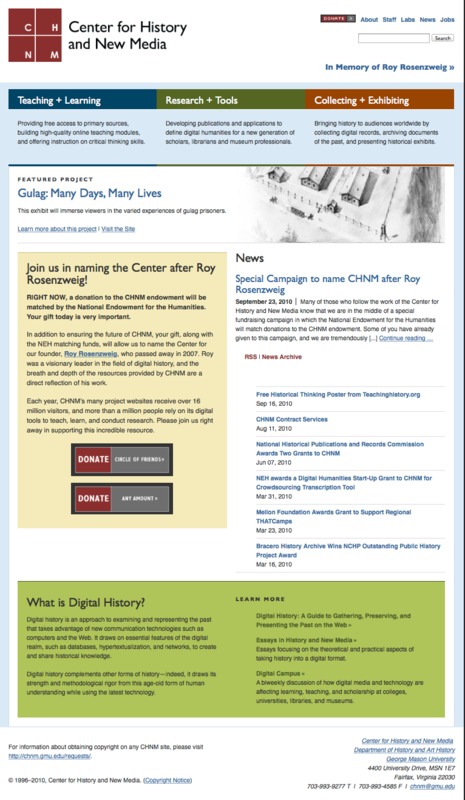 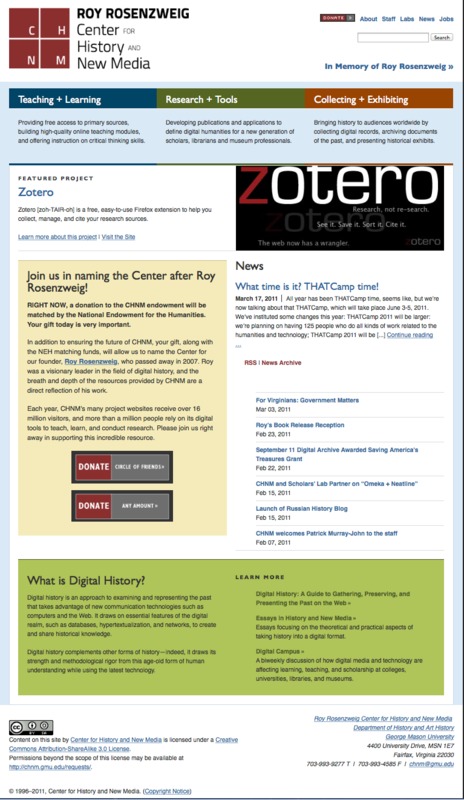 In 2008, the site was redesigned in WordPress.

An initial version featuring limited colors was succeeded after a few months by a design that made greater use of color.

In October 2010, a panel was added highlighting the fundraising campaign to name the Center in memory of Roy Rosenzweig. In April 2011, after the naming of the Center, the new logo was added.