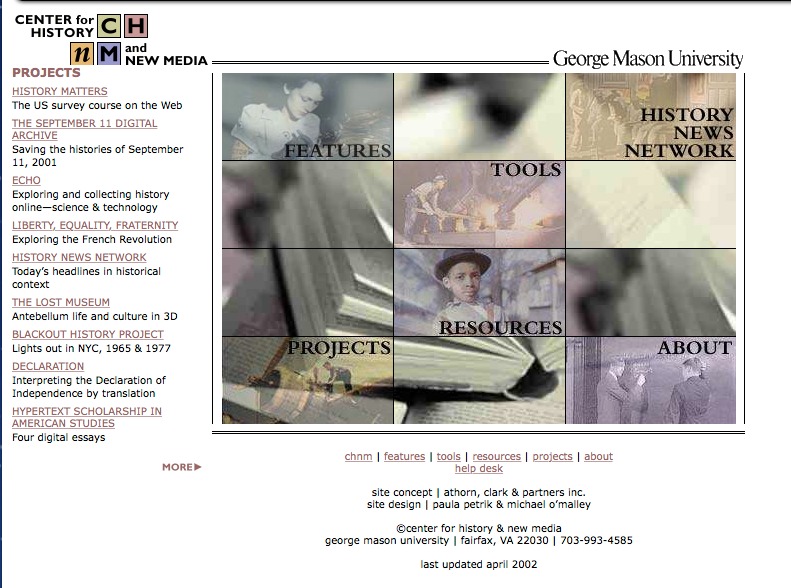 A consulting firm, Athorn, Clark & Partners, provided input on the redesign of the CHNM site in 2002. Michael O'Malley again designed the site, with the help of Paula Petrik, who had joined the Center as an Associate Director in 2001.

The site featured a new logo 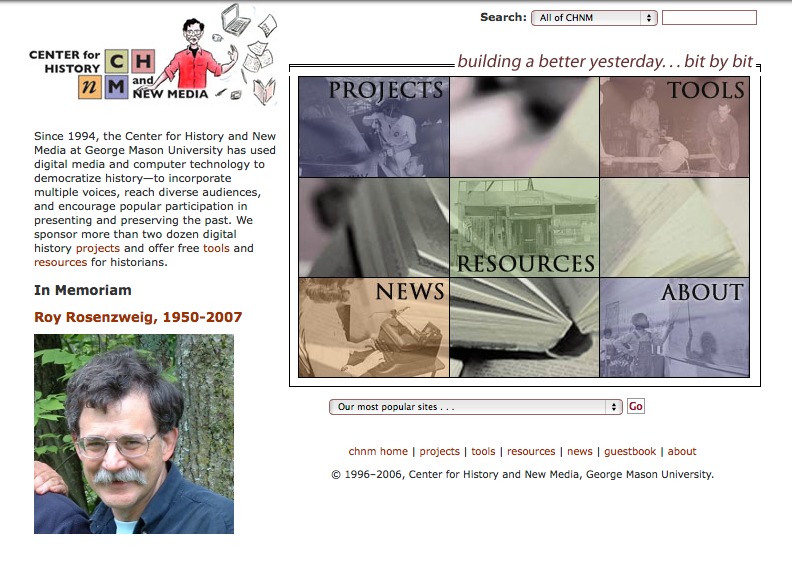 Two variations of the Center logo appeared on this version of the site.

To mark the Center's 10th anniversary, a birthday logo was used for the year - although it did not appear until December 2004, a little after the start of the anniversary year!

In October 2007, the logo was replaced by one created by Josh Brown to honor Roy Rosenzweig after his death.