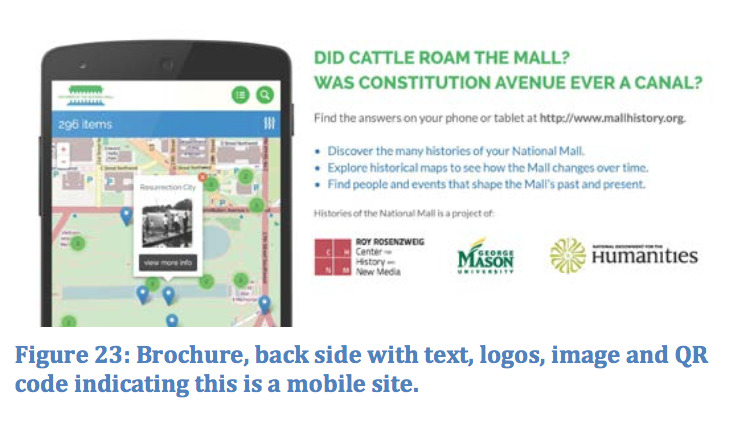 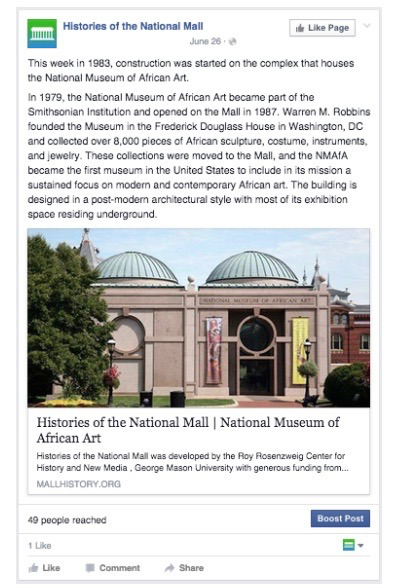 The launch of Histories was scheduled to coincide with the height of the DC tourist season in March 2014. With the target audience identified, RRCHNM launched print and digital campaigns to publicize the project.

However, as RRCHNM is located in Fairfax, VA, distributing print materials at the Mall proved to be a challenge. Many cultural institutions and museums on the Mall are restricted from sharing brochures from outside their institutions. Signage is also tightly regulated, so any printed materials would have to be held at information desks and visitor centers. The outreach team also targeted scout troop leaders, providing details on how the site might be used to earn scouting badges.

A social media campaign was also launched, advertising the project on Facebook, Twitter, and tumblr. An outreach plan was crafted to post on these sites daily.