RRCHNM first submitted a proposal to the NEH for the Histories project in 2010, but was initially denied funding. After refining the project proposal and resubmitting it to the NEH, the project was approved in 2012. Though the proposal were very similar, the second version more clearly defined the target audience as tourists and school-aged children, and clearly laid out the themes and structure of the proposed exhibit. 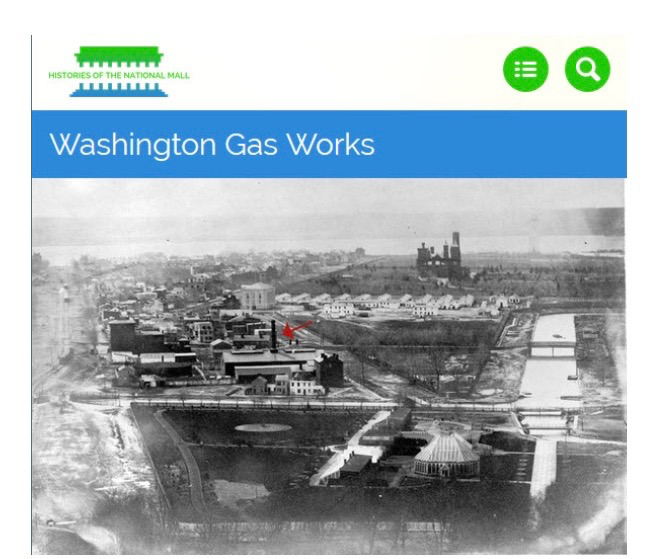 Building for a Mobile Platform

Making the exhibit accessible by mobile phone was perhaps the most challenging part of the Histories project. Over 80% of all Americans are estimated to own a mobile phone with internet capabilities, making a mobile exhibit an ideal platform for this project, as the Mall is equipped with free wireless internet access.

Building for a mobile platform presented many technical challenges. The website was built on Omeka and uses a custom theme that reduces the width of text to comfortably fit on a web browser. To make reading the content of Histories easier, the team implemented a 100-word limit on item descriptions and Exploration answers and to write in plain, descriptive prose. Images also had to be viewable on a mobile phone, and the team often annotated an image with a red arrow to draw the viewer’s eye to the relevant area of an image.

Mapping primary sources proved to be difficult. Historical maps can be difficult to layer, and, because the maps are connected to GPS to show the user what is located around them, must be able to connect to real, geographic points. The technical staff originally planned to layer maps, but this proved to overload the server and make response time slow, so they built a custom plugin solution.