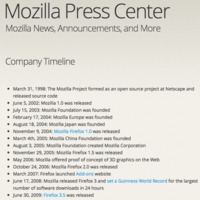 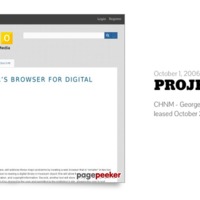 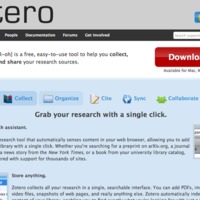 The Firefox project started as an open source project in 1998, and Mozilla Firefox 1.0 was released in November 2004. (To find Firefox on the timeline, scroll through to the year 2004.) In October 2006 CHNM released SmartFox 1.0. Meant to be used within the Firefox browser, SmartFox was initially created to be used by scholars who were organizing their digital resources. With a single click, researchers could capture all pertinent bibliographic data from potential sources they were viewing. Within the first grants for SmartFox, the authors stated that they chose to work within Firefox because the browser easily enabled developers to "add toolbars, extensions, specialized searches, and other advanced functionality." Today Zotero is a standalone software that can be used with any web browser. (To find Zotero on the timeline, scroll through to the years 2006, 2005, or 2010.)