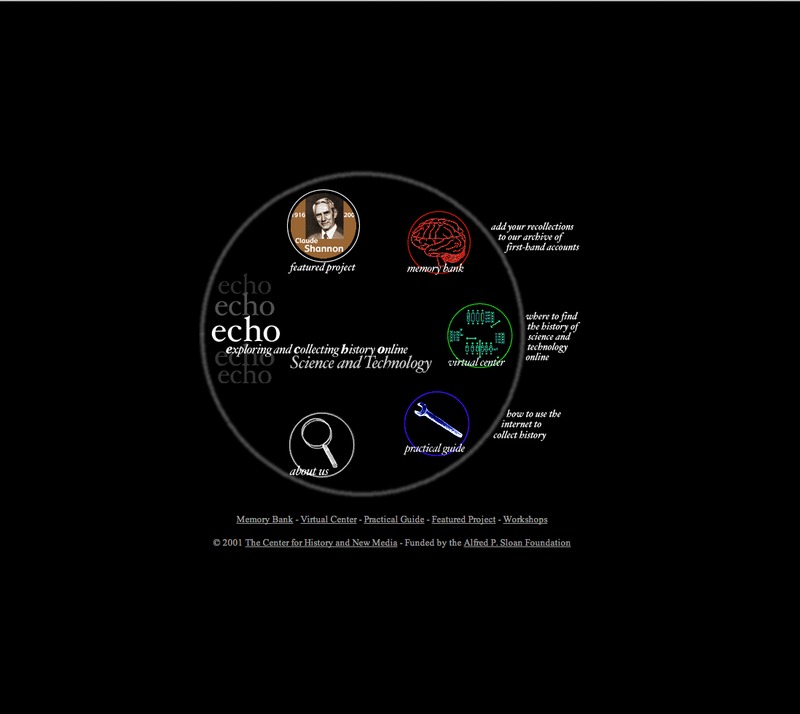 In many ways, Explore and Collecting History Online or ECHO, provided the framework and model to create the September 11 Digital Archive. ECHO began in 2001 as a project to preserve the history of science and technology online as funded by the Alfred P. Sloan Foundation. ECHO provides a searchable, catalogued database of thousands of historical websites. A user can browse through these sites in order to find a webpage that is on the topic they desire.

With ECHO coming a year before, the process involved in developing the site provided a model that was utlitized by the September 11 Digital Archive project. The Archive was also to be a searchable, catalogued database of thousands of objects. Beyond this, ECHO provided an important process for developing the archive. For example, part of the focus in ECHO was to understand and foster the practice of collecting history online as it occurs. During ECHO, individuals who had collected history online were interviewed to understand their dilemmas and successes in the process. A similar model was followed in the creation of the September 11 Digital Archive. In a large way, ECHO provided a proven, successful model in collecting history online.