Where are they now?

Mellen recently completed his doctoral work in the George Mason University History Department. His research focused on the historic origins of free press and colonial Virginia print culture. He wrote a book, The Origins of a Free Press in Revolutionary Virginia: Creating a Culture of Political Dissent. His dissertation was, "A Culture of Dissidence: The Emergence of Liberty of the Press in Pre-Revolutionary Virginia." (You may click on this link to see a brief abstract or download the entire dissertation.)

His B.A. is in Broadcast Journalism from Hampshire College, his M.A. in Mass Communication from the University of Denver, his Ph.D. is in American History from George Mason University.

A few years ago, Mellen completed hiking the entire 2,150 miles of the Appalachian Trail in segments; a little each year. It took more than 30 years to complete! 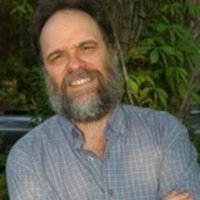